Participants in today's rally of LGBT activistis & anarchists came under attack from several 'Orthodox' gangs.  Some of the attackers were armed with knives

For once the police proved to be rather efficient and promptly reacted, arresting the attackers.

Alexey Fomichev and Oleg Syrov, who lead the gang, both have a remarkable criminal record and have been repeatedly arrested for violence and intimidation attempts targeting LGBT, though never charged.

Some of the fanatics were carrying icons.

An Orthodox fanatic approaching and attacking the LGBT group 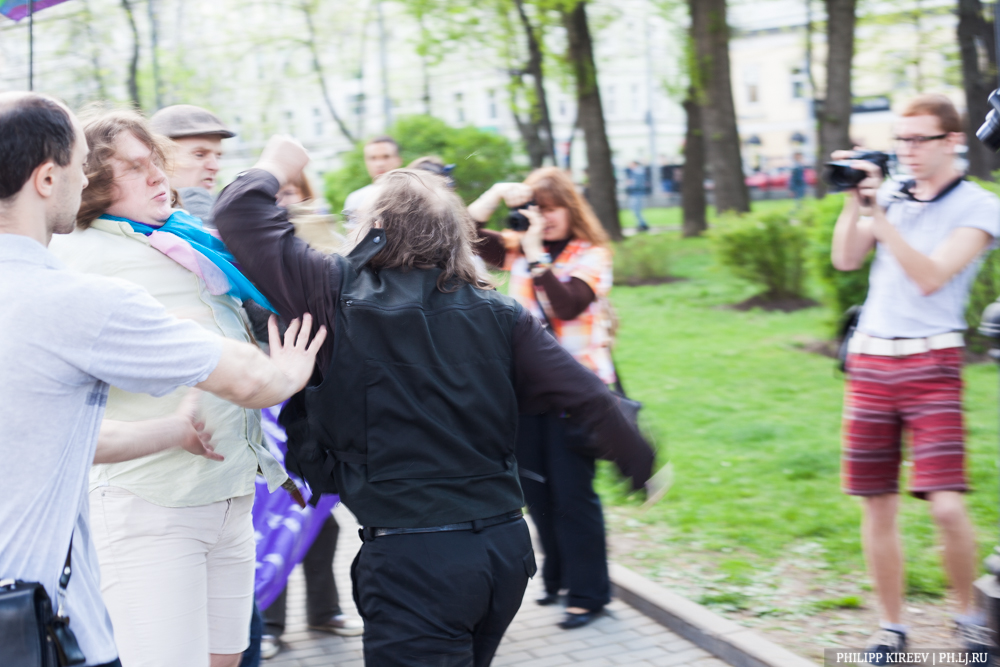 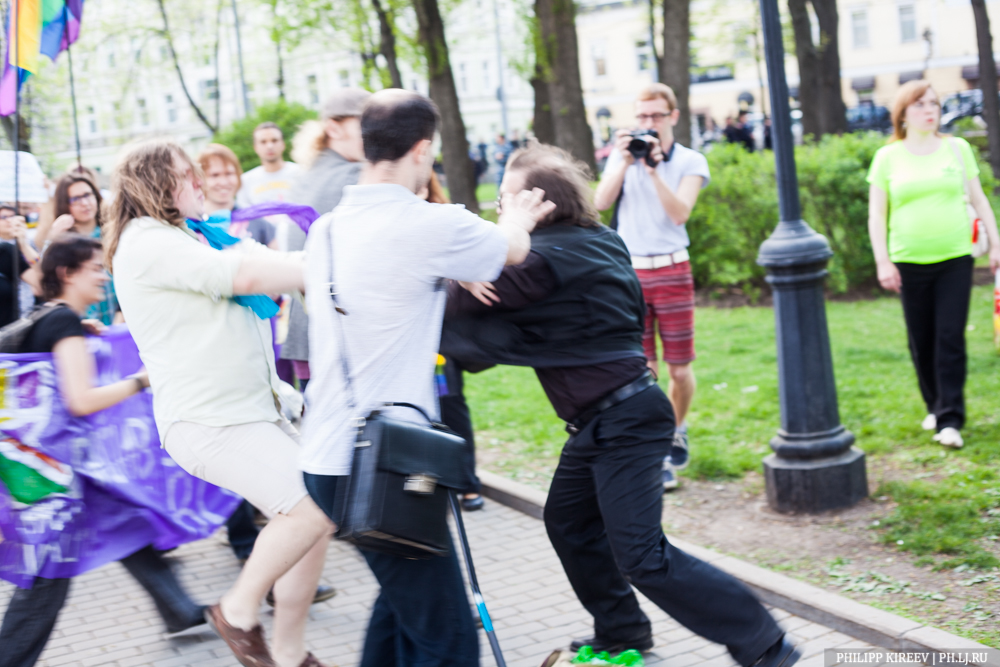 He was almost immediately arrested by the riot police officers 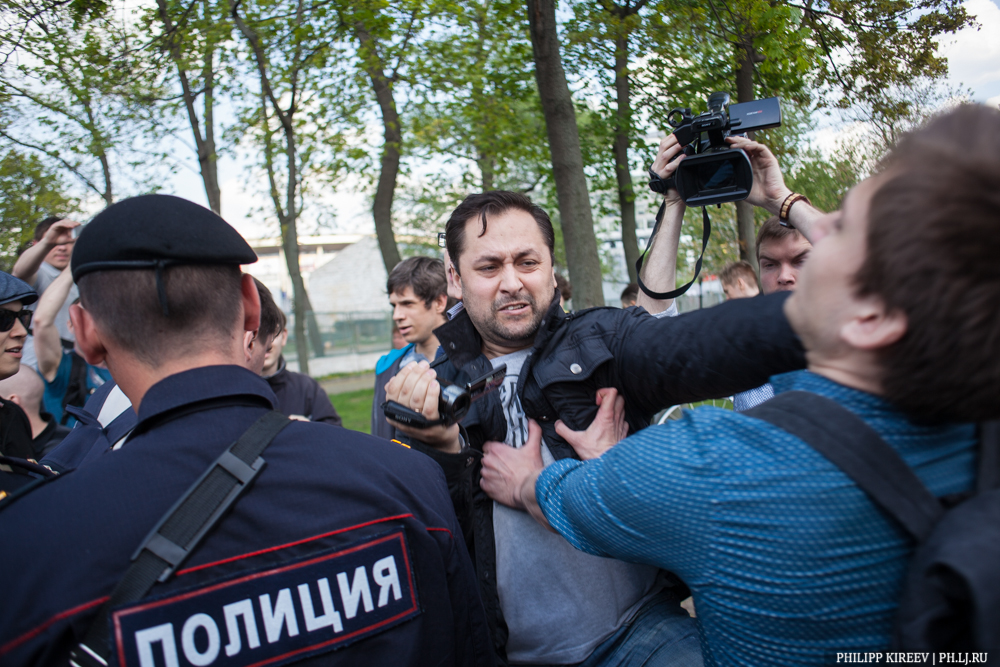 The instigator of attacks by fundamentalists Alexey Fomichev punching an activist

Fomichev being led into a police van