Homophobic sentiments widely used as a tool to discredit opposition

This banner depicting the Eurovision contest winner Conchita Wurst, who sparked a major controversy in Russia, next to prominent Russian opposition figure Alexei Navalny was found hanging from a building on Sadovoye Ring, one of the busiest streets of Moscow, on May 14.

The writing below reads: Nothing's gonna stop us!

with the banner claimed to be showing the two greatest enemies of Russia.

It is also curious that this photo of unshaven self was only posted by Navalny on Instagram the night before, which shows that those willing to capitalise on popular homophobia in their struggle to stifle opposition are pretty quick at work. 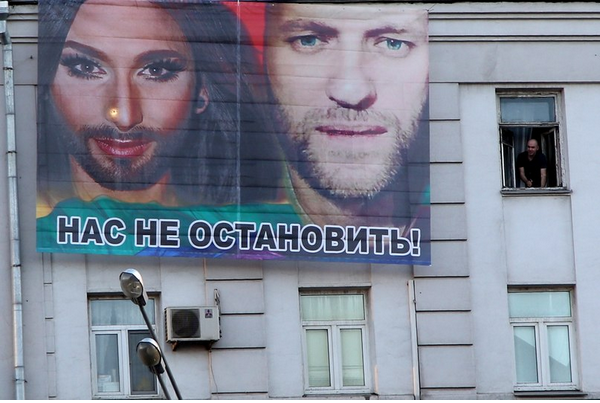